Rogue Heroes: Ruins of Tasos Is My Best Surprise for 2021's First Half 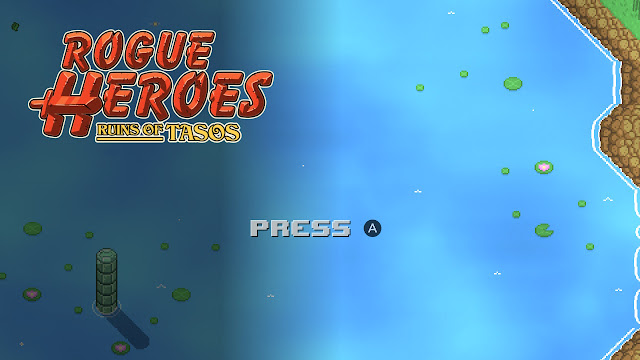 Today, we’re going to focus on something a little smaller than a candidate for my Game of the Year title, something more in line with “a really nice surprise”. I hadn’t heard anything about Rogue Heroes: Ruins of Tasos, the new game of developer duo Heliocentric Studios. But it popped up in my attention, and it looked solid. And as an extra bonus, it was published by Team17.

I don’t talk about publishers a lot here, because I write about video games mostly as a fan rather than any sort of professional, and I’m not as clear on all that they do for a game compared to, say, developers. But one thing I understand that they can do, especially in the realm of indie games, is curation: looking for promising games and giving them resources and attention. And in that regard, Team17 is doing pretty good! I’ve played and enjoyed a number of their titles, and even covered a decent number of them here too: Yoku’s Island Express, Monster Sanctuary, Going Under, Overcooked 1 and 2, the Yooka-Laylee games, Automachef… I don’t necessarily love everything they publish, but even the things that aren’t up my alley tend to be pretty high quality.

So when I see something they release, I’ll definitely take a second look if it catches my eye. Which is how I stumbled upon Rogue Heroes. My love of Top Down A-A games is pretty well established at this point, so seeing a game in that style published by Team 17 was clearly an interesting hook to draw me in. One short demo later, and I was all-in on the experience. 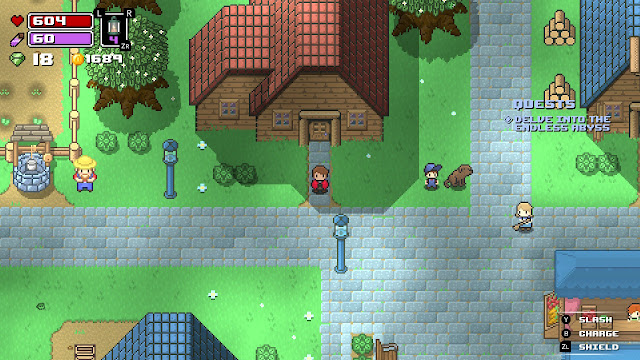 Let’s back out a bit: what is the general pitch for Ruins of Tasos? Well, it clearly draws heavily from the original, 2D Zelda games. Especially A Link to the Past, which serves as the template for a lot of its appearance. But on top of Rogue Heroes looking to A Link to the Past for its aesthetic, of all of the indie Top-Down A-A games I’ve tried, Rogue Heroes also feels the closest to ALttP from a gameplay standpoint as well. And as someone who absolutely loved A Link to the Past growing up, I can’t say I’m opposed to the decision to use it as a basis.

The main concern in such decisions would normally be that the newer game just feels like a shallow imitation, but that doesn’t end up happening here, as Heliocentric Studios had a ton of ideas for new things to add to the classic formula. The end effect is weird, but enjoyable. If you ever tried playing or looking for fan mods of games, it has a similar feel to stumbling on an especially extensive rework of an older title, like someone started with A Link to the Past, but completely remade the map, and then had an idea for a new mechanic or item to implement, which gave them ideas for new locations on the map, which then inspired another system to add, which led to another map rework, and back and forth and back and forth, until you’re years later and the resulting game has gone through a number of versions and feels as much something new as it does the original base game. And if you’ve never had that experience, it can be a fun one, seeing something familiar given such a big rework that it’s almost unrecognizable.

I’m already in the planning stages for my next two video game reviews (no idea how long those will take, unfortunately), but they both have a commonality that I wanted to address. Something that I thought that I could discuss in an aside, as it’s a topic that I’ve mentioned before, but which kept ballooning in length, to the point where it seemed like it might just be for the best to spin it out into its own piece. And that topic is their genre.

Some of my favorite games growing up were the 2D Zelda games, and that’s something that’s persisted throughout my life. Although you might have already known that. After all, I’ve covered plenty of games of that style as well: Lenna’s Inception, Cadence of Hyrule, Blossom Tales, Kamiko, Reverie, Sparklite, Moonlighter, arguably Ms. Director and Princess Remedy… The point is, this is a genre that means a lot to me, and I play a lot of games like it.

I also have no idea what to call it. For some reason, there just wasn’t ever a standardized name for it that cropped up in game discussion circles, so every time I want to write about it, I have to take a long time spelling out what I have in mind, and it kind of bugs me. So let’s try and fix that; sure, it might not catch on in wide use or anything, but at least in the future, I’ll be able to just drop the name and link to this article as an explanation.

But getting a name that’s just right is difficult. So let’s run through some ideas to see if any could work, and what they might leave out:
Read more »
Posted by Theo at 9:55 PM No comments:
Email ThisBlogThis!Share to TwitterShare to FacebookShare to Pinterest
Labels: Game Design, Genres, Itch.io, Legend of Zelda, Steam, Subgenres, Top-Down A-A, Video Games
Newer Posts Older Posts Home
Subscribe to: Posts (Atom)