Running and Gunning thru Heaven with Neon White 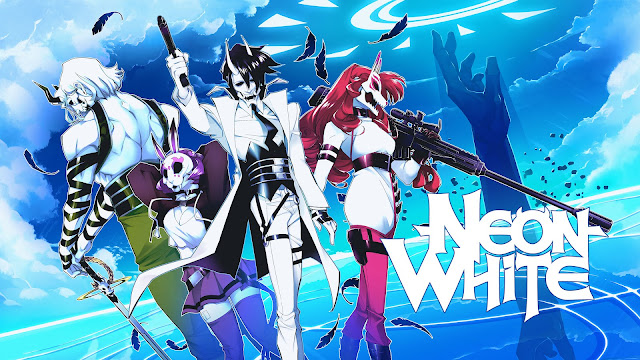 Before I get into the article proper, I’d like to repeat my previous housekeeping announcement: Blogger’s email update feature has broken, so I took the opportunity to start a new mailing list for Out of Left Field! This will probably be the single best way to follow updates here; my plan is to only send out something when I have a new article to post. Hopefully, I’ll get to test it out again soon, as I have both an End-of-the-Year Playlist and another Indie Game article in the works. You can sign up in the box below or in the bar at the top (and if you’d like similar updates for my baseball articles, go check out Hot Corner Harbor for that list!

Ever since I finished this game a few months ago, I’ve been working on this article in fits and starts, alternating between bursts of inspiration where I had so many ideas I wanted to discuss and roadblocks both from writer's block and just personal life scheduling. After a while, I wasn’t even sure if it was worth finishing this anymore, as so many other writers found ways to talk it up. But in the end, I think there are just so many good things in this game that get overshadowed, since so much of it is fantastic, and now seemed like as good a time as any to finish it off, since it’s almost certainly my Game of the Year!

There aren’t many games that I’ve been looking forward to over the last few years more than Neon White. Way back in 2019, I played a fun little puzzle-and-comedy game called Donut County; if you’ve been reading my stuff for a while, you might even remember me mentioning it back then in my Year-End Roundup. If not, it was a fun little game with a cute, cartoon-y art style about moving a hole around, and watching as it grew with each object that fell in. There’s more to it than that on the story side (it was pretty funny, as you might guess from the silly premise), but gameplay-wise, it was mostly just that rewarding little loop: move hole, swallow objects, get bigger, swallow bigger things, repeat until everything in the level is gone.

I loved the experience, and as I do when I like an indie game, I decided to follow the game’s developer, Ben Esposito. Sometime after doing so, he announced his follow-up project: a stylish-as-hell, fast-paced first person shooter about a colorful cast of assassins being allowed into Heaven as part of a demon-exterminating competition, developed by his new studio Angel Matrix. A bit of a shift in styles maybe (to put it mildly), but I had only good experiences so far, and it looked extremely up-my-alley, so I was all aboard the hype train from that point.

And holy shit, did Neon White live up to my hopes and dreams.

For those who need a little bit more of a description, Neon White is one part First Person Shooter, and one part fast-paced 3D Parkour Platformer; you try to complete every level as fast as you can, while shooting every single demon along the way. The main gameplay mechanic is an ingenious combination of the two sides: the guns in-game are represented by magical cards that you pick up as you find them in the level, sometimes dropped by defeated enemies, sometimes just laying about.

Each one works like a standard gun, with a set amount of ammo… but you can also choose to “discard” the weapon. That loses you a demon-slaying option, but gives you some sort of bonus movement in compensation, depending on what type of gun you’re throwing out. So, to provide a basic example, if you can take out all of the demons with five of the six bullets in a pistol, you can discard what remains of it for an extra jump, which you can then use to find shortcuts and improve on your level times. 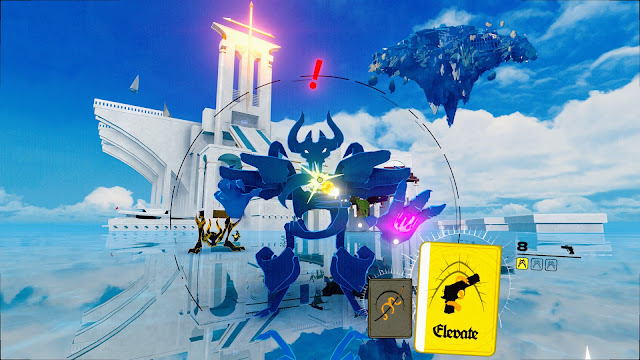 From there, the game builds up its library of tools and obstacles, which become easy to learn and master over the course of a playthrough. You immediately pick up what each type of gun each card is, how much damage it does, how it fires, and what special movement it grants you. And you get a stable of demons to go with it, learning how they’ll attack you, how much damage they take, and the best way to dispatch them and move forward.